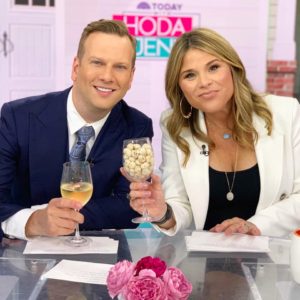 You may have seen Brian Balthazar on television this morning, heard him on the radio, or read about some recent developments in the world of media and pop culture. But who the heck is this guy? Currently the co-host of HGTV HOUSE PARTY on Discovery+, Brian Balthazar leads a double – triple – okay, maybe even quadruple life. Part journalist, lifestyle expert and comic, he appears on many TV shows as a guest, but is also a developer and creator of several television shows behind the scenes on HGTV and Food Network as head of the company Balthazar Entertainment. This when he’s not renovating homes and making snacks for his websites, POPgoesTheWeek.com and Snackist.com.

This site uses Akismet to reduce spam. Learn how your comment data is processed.