Ian McKellen and Patrick Stewart may be best known by younger generations for sharing the screen in X-MEN, but get ready to witness the pair together where they really belong: on stage!

USA Today is reporting that McKellen and Stewart will come together on Broadway this Fall in a limited-season repertoire of two 20th-century classics: Harold Pinter’s “No Man’s Land” and Samuel Beckett’s “Waiting for Godot”.

The classically trained actors voiced their excitement in a recent statement:

McKellen: “British actors are used to playing in repertory…We enjoy the challenge of variety, and audiences, myself included, enjoy watching a group of actors in contrasting roles. We hope, at least once a week, to give Broadway audiences the chance of seeing Beckett and Pinter on adjacent nights, perhaps even on the same day.”

Stewart: “All my acting life, I have been drawn to the principles and practice of a ‘company,’ and working with familiar, trusted friends and colleagues…It’s not that strangeness/newness isn’t exciting — it is — but when there is a common language and experience, then the unpredictable can happen.”

Adele And The Cast Of LES MISERABLES To Hit The Stage On Oscar Night! 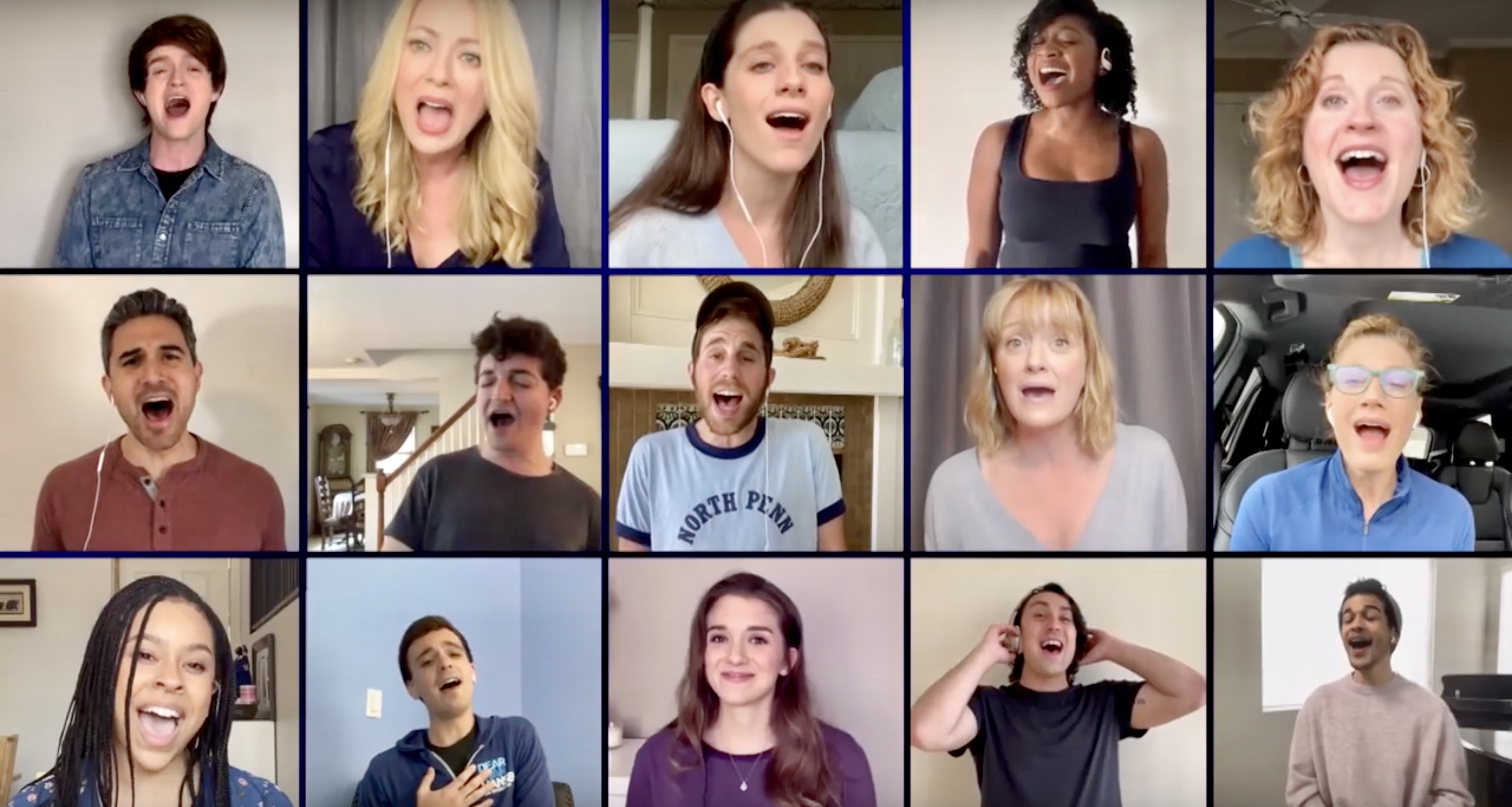 Last night James Corden wrapped up the #HomeFest version of his show, The Late Late Show, with an emotional monologue. He discussed the range of emotions he has felt during these unprecedented times. He also reminded viewers just how important it is to be there for one another even if we can’t physically be close to our loved ones right now. It’s hard not to get a little misty eyed hearing the comforting words of the talk show host. That mist quickly turns into a downpour, however, as Corden shares that the hope-filled song “You Will Be Found” from the hit Broadway musical, Dear Evan Hansen, perfectly conveys the message he would like to spread. And with that, Corden introduces a very special home version of the song performed by o.g. Evan Hansen, Ben Platt, along with the current Broadway company and national touring company of the show.

Paper products are in short supply so instead of having tissues handy, just let those tears fall and enjoy the emotional performance below! 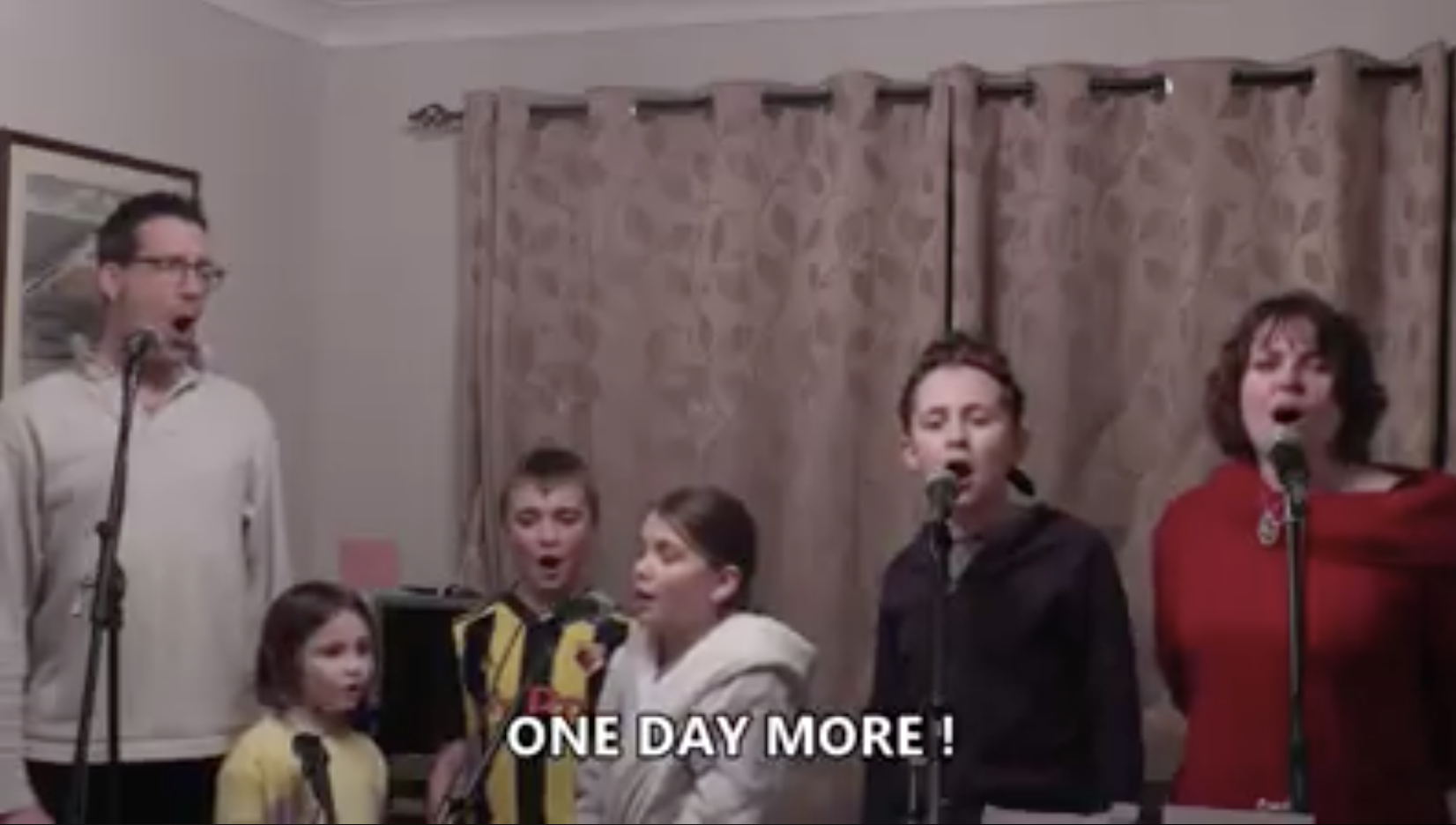 Safe to say this quarantine has us all feeling a little misérables.

As parts of the world remain shut down due to the coronavirus pandemic, it is growing increasingly challenging to keep entertained. I imagine it’d be even harder to keep children occupied when they can’t attend school, after school activities, see friends or family members etc. One family channeled their isolation frustrations into an updated version of the song “One Day More” from the popular musical hit, Les Misérables and trust me this remix is all that and a loaf of bread.

Ben Marsh shared the video of him and his family performing the Broadway classic on Facebook with hopes of cheering up some of his friends. The updated lyrics are hilariously relatable. At one point the kids sing “Our grandparents are miles away / They can’t work Skype! We’re brokenhearted.” Ben also takes to the mic expressing his almost potty-mouthed grief about home schooling, “One more day’s home education / Let’s just let them run amuck / We’re not ready for these schoolboys / cos’ they just don’t give a f-.”

Aside from the lyrics, the best part of the video is the first few seconds that show what quarantine life with small children is really like. Before harmoniously singing together, the children hit one another and bicker about nonsense which just adds to the humor of it all. On Ben’s post he writes “Decided to include a bit of the intro so that you can see what kind of madness Danielle Marsh and I would be dealing with, if we didn’t occupy them with music making.” Luckily it seems music making really does keep the kids at bay!

Don’t wait one minute more and check out the hilarious video below!

Broadway Stars Are Fundraising With A Hand Washing Challenge 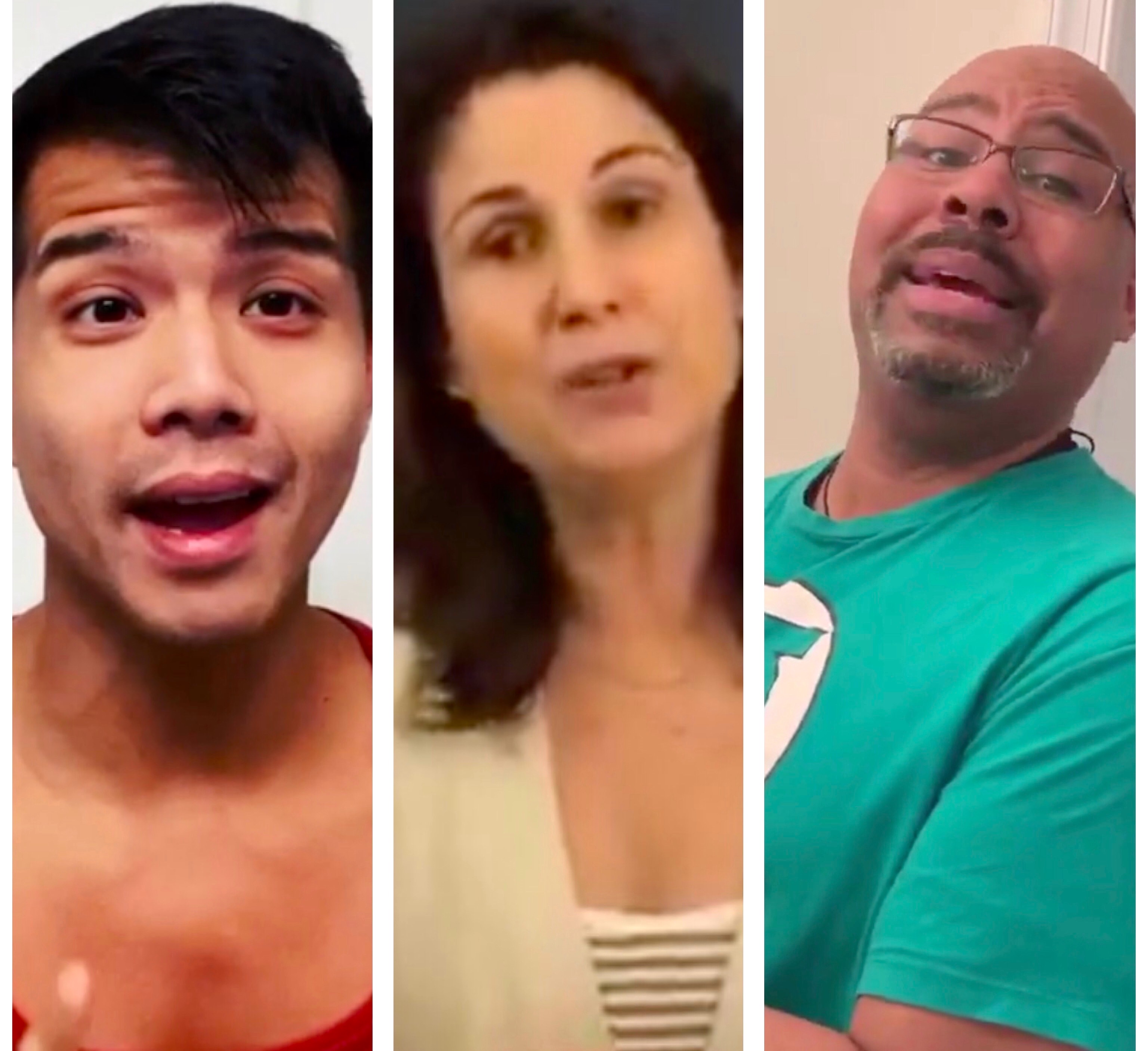 Turns out jazz hands are the second most impressive thing broadway performers can do with their digits.

Last week it was announced that all Broadway shows will be closed until at least April 12 due to the COVID-19 pandemic. While it certainly is unsettling to see New York City’s symbol of resilience go dark, the broadway community has banned together to raise hope once again. Many of Broadway’s finest have taken part in the viral #BWayHandWashChallenge, a challenge aimed at raising funds for members of the Broadway community who will need financial assistance while not working.

The #BWayHandWashChallenge, initiated by Theater Mania, calls for Broadway stars to choose a theater charity and then sing a show tune for twenty seconds while washing their hands. Twenty seconds is the recommended amount of time to wash your hands according to the CDC. No word yet on how much time they think is appropriate for belting Broadway show tunes but according to my roommates, hearing me sing “Don’t Rain On My Parade” four times during one shower is more than enough. Many of the performers taking part in the challenge are asking fans to support the Actors Fund, which is an organization that provides performers with emergency financial assistance, health care, affordable housing and more. Since its formation in 1882, the organization has proven to be essential for performers who are living through dire situations like they are now.

Take a look at some of the big Broadway stars taking part of this amazing challenge!

I’m doing @theatermania ‘s #bwayhandwashchallenge for @theactorsfund The challenge was to sing 20 seconds of a fave musical theatre song while washing my hands and raising awareness. I may not be a dancer, but one of my all time fave show tunes has always been “At the Ballet” from A CHORUS LINE 🥰 I nominate: @jeremykushnier @officialdonnamurphy & @mattfdoyle

My gal pal @izzymccalla challenged me to the @theatermania #bwayhandwashchallenge to promote awareness for all those in our community affected by #covid_19. Please consider supporting @theactorsfund – and let’s all do our part to be socially-distant, #dreamgirls style. Challenging more @aladdin fam: @rhodesreed @ariellejacobs and OG #Jasmine @msleasalonga – YOUR TURN! #washyourhands