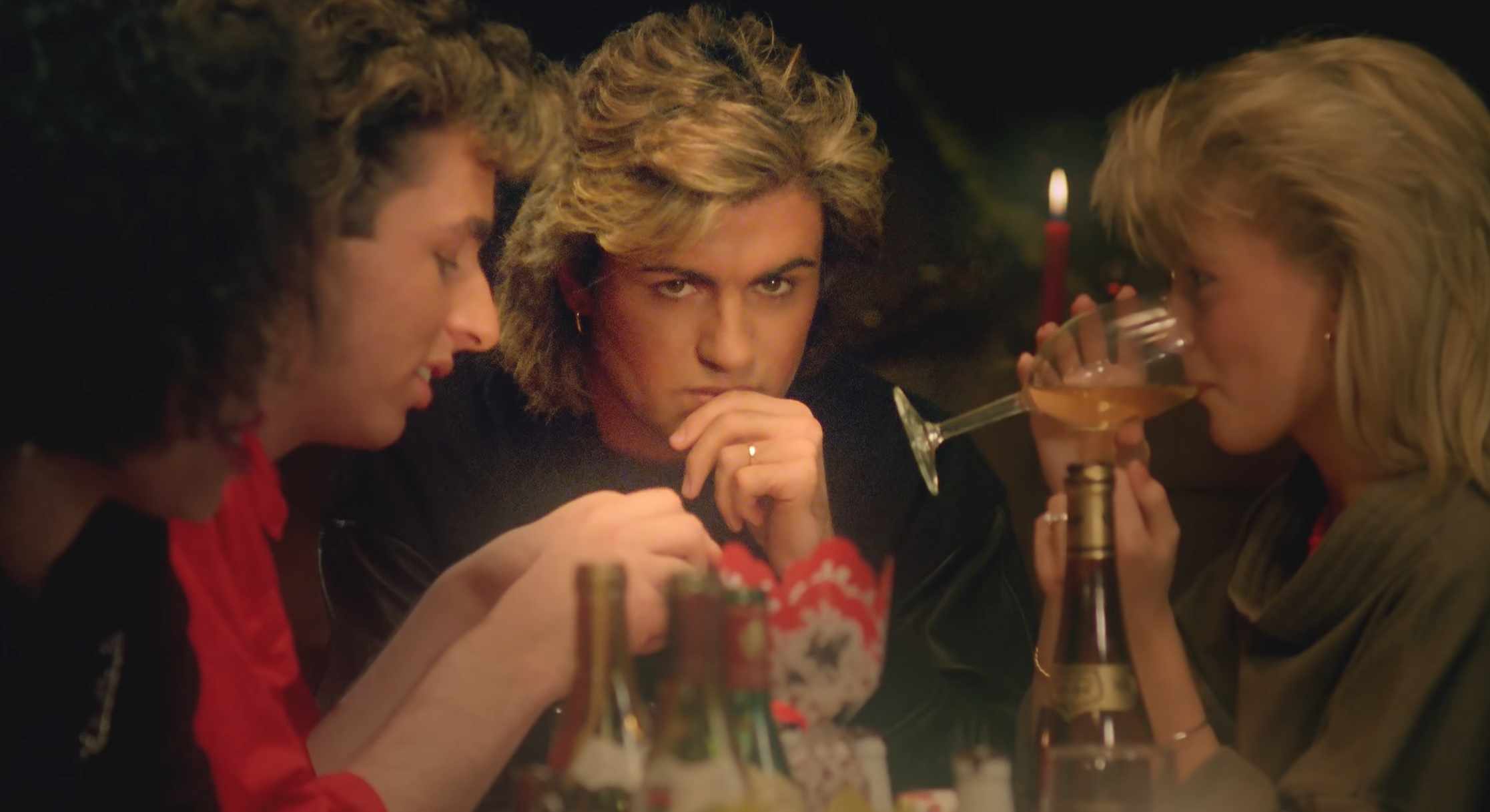 As part of a new remastering of Wham!’s holiday song “Last Christmas” the music video has been re-released in High Def glory, and it totally takes you back to 1984.

The 80’s were a time when not all music videos were all that groundbreaking, and directors didn’t always feel compelled to really tell an in depth story. This is no exception. In the video, a gang of friends go on a ski trip and George is eyeing his bandmate’s girlfriend.  (She has her eye on him too.) That’s it. They basically eat and decorate the tree and have a snowball fight and very little happens. It’s as if someone just said, “I rented a cabin in Stowe, let’s make a music video doing whatever.” There’s little to no connection in the story to the lyrics of the song, which is weird, but not all that uncommon for the time. The best part is watching how the hairstyles and outfits, in full 4K HD, seem as if they were shot just this year. It’s like watching Stranger Things – when they recreate that era. But this is the real deal, with George Michael, who was still in the closet at the time, in heavy makeup (heavy on the blush!) and full blown out blond, highlighted hair. But with that voice and those looks, it’s no surprise he was the ‘it’ pop star of the decade. The hair cuts and styles of the women are not to be believed. Somehow at the time we all went along with these styles as though it was amazing. What on earth were we thinking.