It’sÃƒâ€šÃ‚Â one ofÃƒâ€šÃ‚Â the few TV talent competitions to pit grown ups against kids.Ãƒâ€šÃ‚Â Now the controversial,Ãƒâ€šÃ‚Â emotionalÃƒâ€šÃ‚Â ouster of 13 year old X Factor contestant Rachel Crow has everyone talking. Was it fair? And is all this pressure too much for a kid to handle? (Watch the video and vote below on whether you think this was fair!)Ãƒâ€šÃ‚Â

The tension on X-Factor, was palpable Thursday night, as Rachel Crow, a 13 year old powerhouse and TV darling who has been a standout on the show, and was poised to proceed in the competition.

But as things go on eliminations shows, the stakes get higher, and it came down to a decision to see which person would move on… Crow or competitor Marcus Canty. The power was in the hands of the judges, and as LA Reid voted for Canty,Ãƒâ€šÃ‚Â Simon Cowell and Paula Abdul voted in support of Crow, leaving former Pussycat Doll Nicole Scherzinger in a tough position. A vote for Crow would mean she was in a sense the deciding vote for Canty’s departure. So, she tearfully said that she would prefer the viewer votes to determine the winner. She supported Canty to create a deadlock tie- which put it in viewers hands.

The surprising revelation ended up sending Crow home, leaving the audience and judging panel stunned. And Crow absolutely devastated. Her disappointment would unfold in a dramatic way, right on stage.

Regardless of who should or should notÃƒâ€šÃ‚Â stay – the tension created by the announcement was palpable… and few were prepared for 13 year old Crow’s devastation at the results. The video below shows the painful moment when she first processed the information that she was eliminated… broke down in tears, and fell to her knees onstage.

After she was able to calm down, host Steve Jones asked Scherzinger, who was devastated and also in tears, if sheÃƒâ€šÃ‚Â wanted to say anything. (The crowd booed her and heckled her as she stood speechless, and turned away. (this moment is also in the video below.)

Ãƒâ€šÃ‚Â The internet world came down hard on Nicole Scherzinger, and while you can debate the merit of her choice, ultimately, these are the risks of competition in the world of reality tv. Crow has still gained tremendous exposure, and will garner even more after this emotional incident. We can only hope that this spells opportunity for her.

The ‘this is awkward’ award goes to Marcus Canty, who probably wishes he didn’t have to celebrate his advancement under the cloud of emotion and outrage surrounding the results. But again, isn’t that showbiz?

There’s little denying that show business is tough. It’s rife withÃƒâ€šÃ‚Â a consistent onslaughtÃƒâ€šÃ‚Â of rejection that few people could withstand. SomeÃƒâ€šÃ‚Â even believe that the people that doÃƒâ€šÃ‚Â ‘make it’ are simply the ones that withstand the rejection the longest. Honestly – sometimes being in Hollywood is just like gambling – but with headshots.

But reality competition televisionÃƒâ€šÃ‚Â has changedÃƒâ€šÃ‚Â the playing field. In reality TV, everyday people can become overnight sensations… household names (at least for a while) by virtue of one great performance. What can follow is a seemingly unstoppable ascent into a world of praise and attention. Until it stops.

You do have to wonder if the kids should be separated from the grown ups. Then again, Hollywood stardom lies at the end of a rocky road. You have to buckle up and get ready for some hard driving.

What do you think of the decision?? 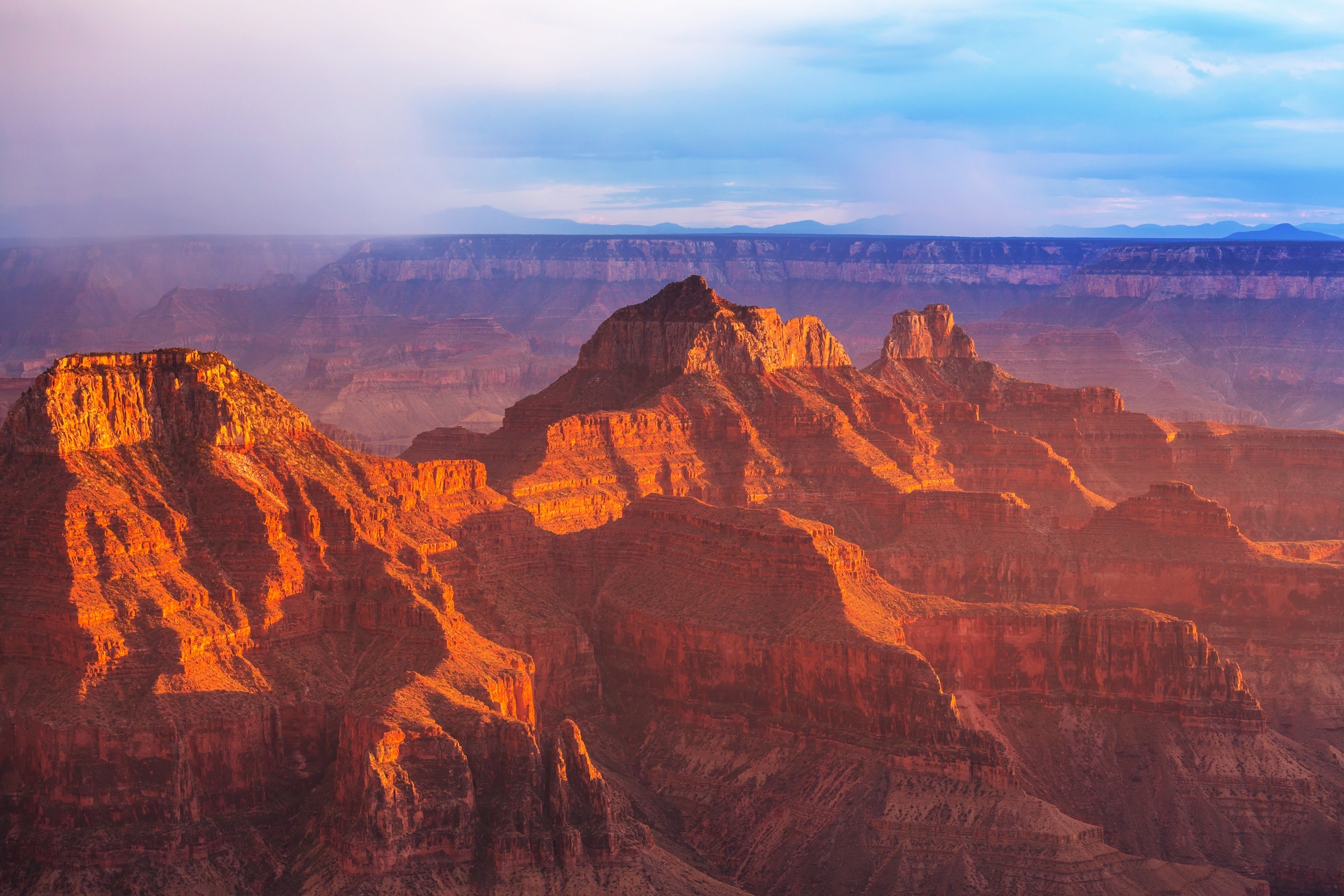 Turns out there are plenty of ways to beat the boredom blues!

Countries around the world are being asked to practice social distancing amid the coronavirus pandemic. Most businesses, attractions, theaters and museums have been closed down to help prevent the spread of the virus. Just last night here in the U.S., it was announced that the self-quarantine guidelines are to remain in place until April 30th of this year. Another month at home doesn’t have to mean another month of carb-loading and channel flipping though! There are actually quite a few ways to keep your brain stimulated during these unprecedented, sedentary times. Below you will find six ways to experience the world from your very own house…and don’t worry, I wouldn’t put anything on this list that would require changing out of your comfy sweats.

Safe to say we can all use a little happiness during these troubling times so why not turn to the home of happiness itself, DisneyWorld. YouTube channel, Virtual Disney World, offers dozens of 360 degree videos that allow you to virtually experience DisneyWorld attractions, shows, hotels, monorails, trains, boats, park areas and more. These videos are fully immersive meaning you simply pan your VR-headset, phone or tablet in any direction to experience all of the excitement happening around you. Now, you can relive the magic you’ve loved your whole life anytime from anywhere! *Giant turkey leg smell not included….unless you’re actually cooking turkey legs while watching these videos, in which case I applaud your commitment.

Take a hike…well sort of. Hiking is a fun activity that can be done alone or with very few others, remember we are in socially distant times, but making your way to a trail might be a challenge these days. Public transportation schedules have been drastically altered and even if they weren’t, a crowded train or a bus just sounds like the breeding ground for some heinous germs right now. You could try to carpool but again…germs! You can avoid any viral risk by simply checking out one of the 30+ virtual hikes on Google Earth. Last year, Google Earth released virtual tours of some of the most beautiful parks in the country. Grand Canyon National Park, Redwood National Park, Everglades National Park and so many others are featured in this exciting experience. On your “hike” you will see some of the most breathtaking trails and views these parks have to offer. Best part? You don’t need bug spray. 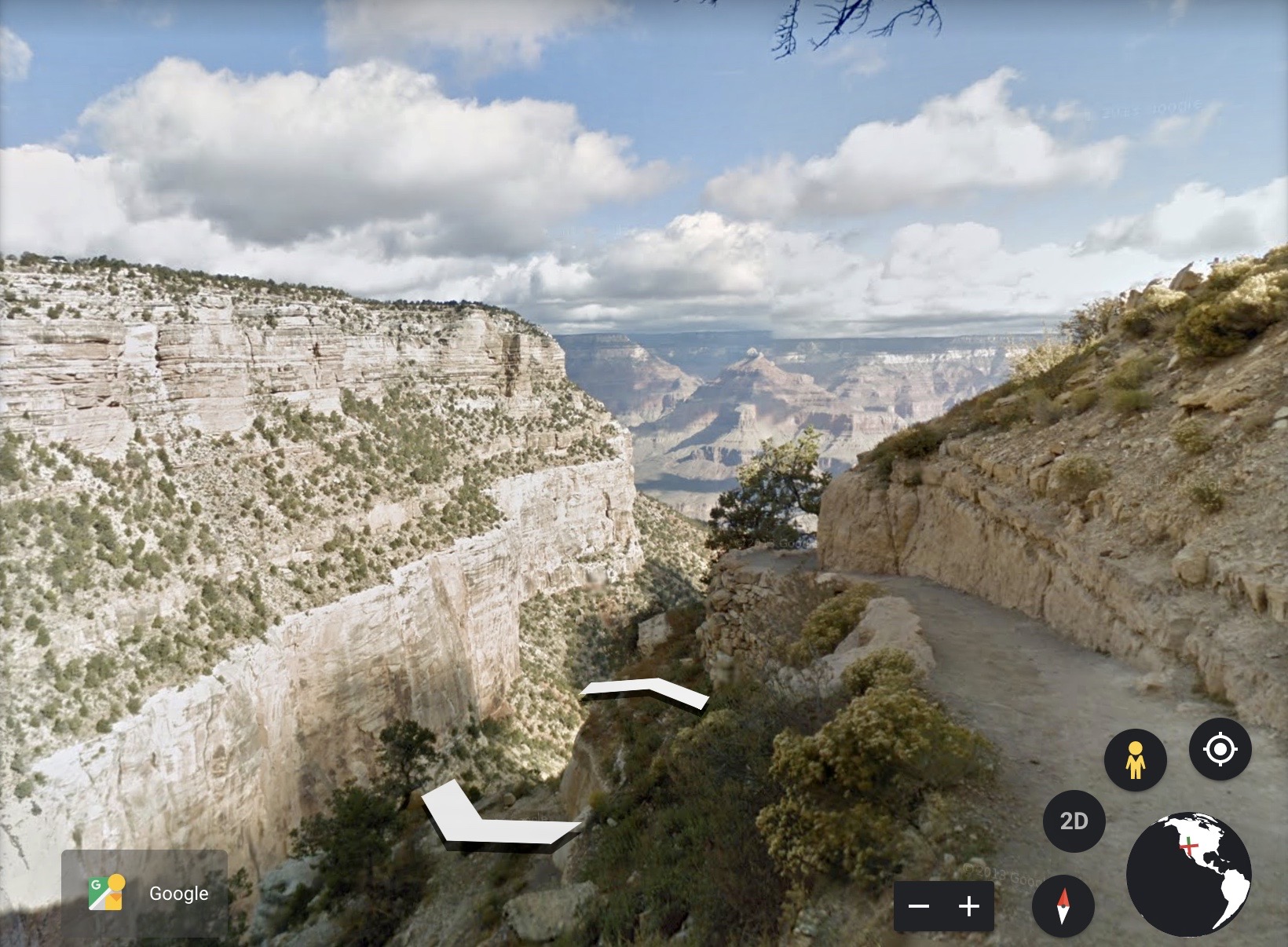 Check out some of NYC’s finest street art.

It’s hard to feel particularly cultured when you’re wiping the crumbs from your second lunch off your overly worn pajamas. With that being said, we should not let our love for the arts fade like our flannels have. Instead, check out some of New York’s coolest street art via Google Arts and Culture. Their online experience 9 Amazing Street Art Murals In New York provides a fully immersive, virtual tour of some amazing art. In this tour you will see stunning artwork from prolific artists such as Eduardo Kobra, Keith Haring, Banksy and more. No need for a MetroCard to see these murals which is great because now you can put that $2.75 towards your next Seamless order.

Sing along while streaming your favorite Broadway shows.

Broadway has taught us all how defy gravity but now it’s helping us defy boredom too! Theater has been the perfect vehicle for escapism since it’s inception and now you can escape without even leaving your home! BroadwayHD is a streaming service that began broadcasting beloved Broadway shows back in 2015. With over 300 shows in their catalog, you can belt along to all of your favorite shows without having to worry about being escorted out of a theater. The platform is currently offering a free 7-day trial along with a very affordable $8.99/month plan. A one-year subscription is still cheaper than tickets to just one broadway show!

Virtually wander through some of the most impressive museums.

Staring at the same four walls of your apartment for weeks on end definitely won’t keep your mind stimulated, trust me I know. Combat the brain laze by learning about some of the world’s most fascinating arts and histories. Many of the world’s finest museums are offering virtual tours that provide users with a fully immersive experience. Never made it to that dream trip to Paris? Tour the Lourve from your couch! Embarrassed by how out of breath you were when you finally climbed all of those stairs getting into The Met? Skip the stairs and see it all online! Never perfected that English accent? That’s ok, no one will hear you on this virtual tour of The National Gallery in London! There are dozens of museums providing these tours and you can find most of them through a quick internet search. I listed a few below because this is the most brain stimulation I plan on having today.

Go to a house party.

NOT LITERALLY!!! We all know with the social distancing guidelines the last thing we should do is host a house party. To remedy our social urges is the new digital platform called HouseParty, which allows users to throw virtual parties with their friends. Like on many other live-streaming apps, HouseParty allows you and your friends to simultaneously FaceTime. What makes this app special, however, is its gaming feature. With HouseParty you and your friends can choose from a variety of party games to play all while maintaining a safe distance. The app is available for iOS, Android, macOS, and Chrome and is truly putting a new twist on classic pajama parties. 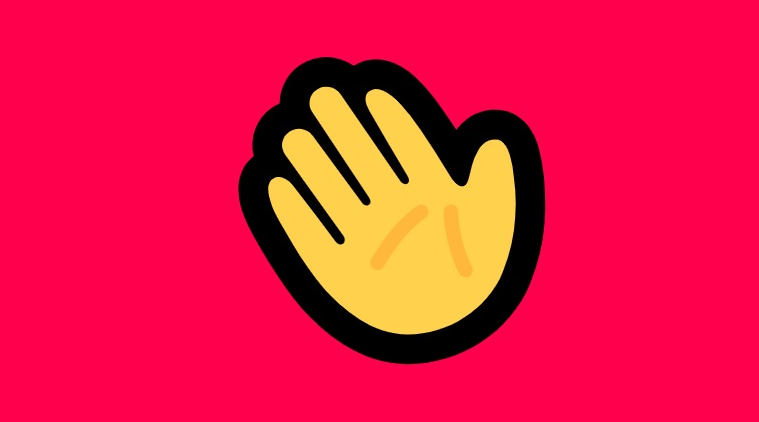 Be sure to try something new today otherwise you might just go crazy. We are living in unprecedented times so we might as well try some unprecedented ways of entertaining ourselves. Stay safe out there and stay socially distant…only physically of course! 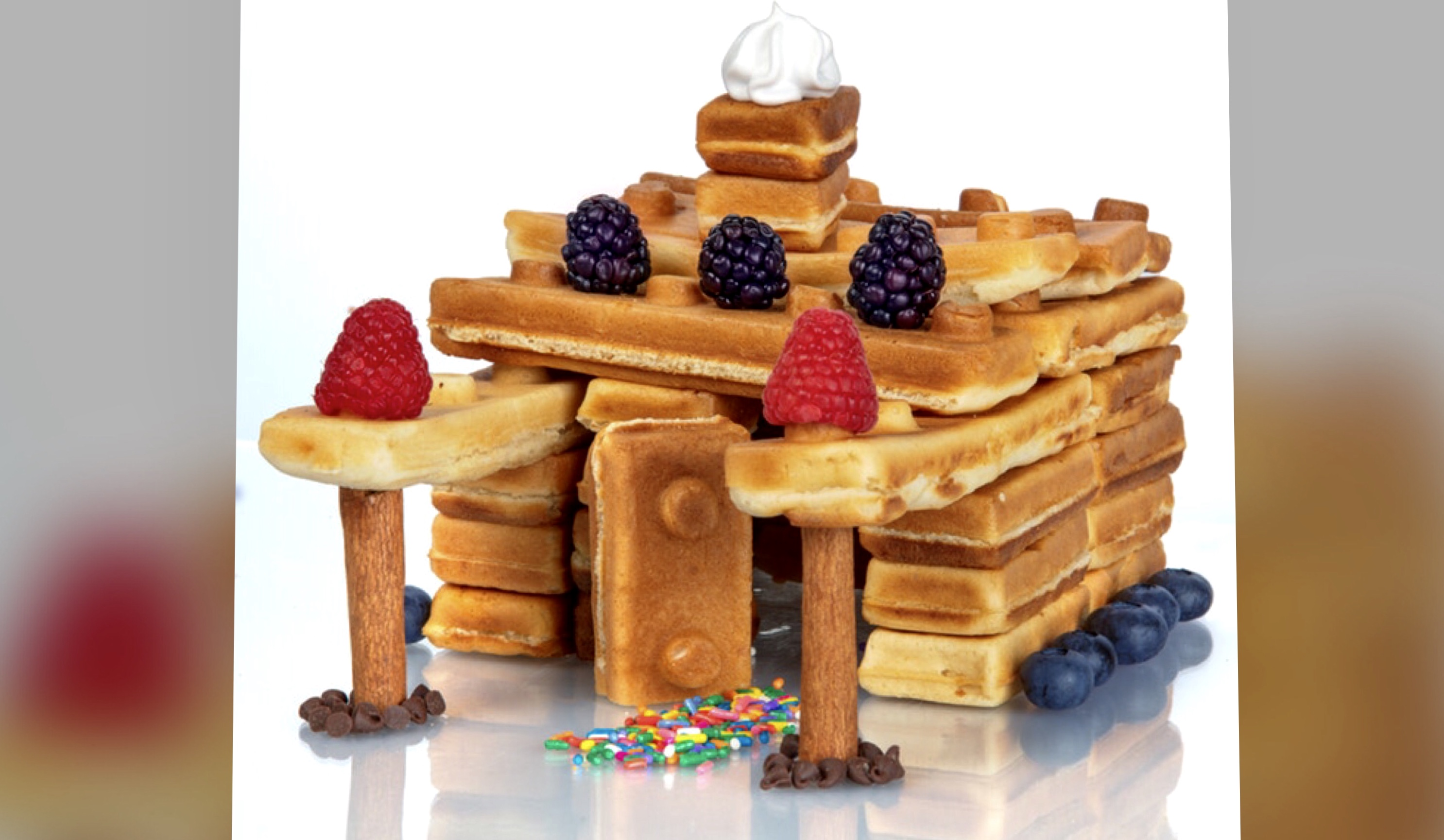 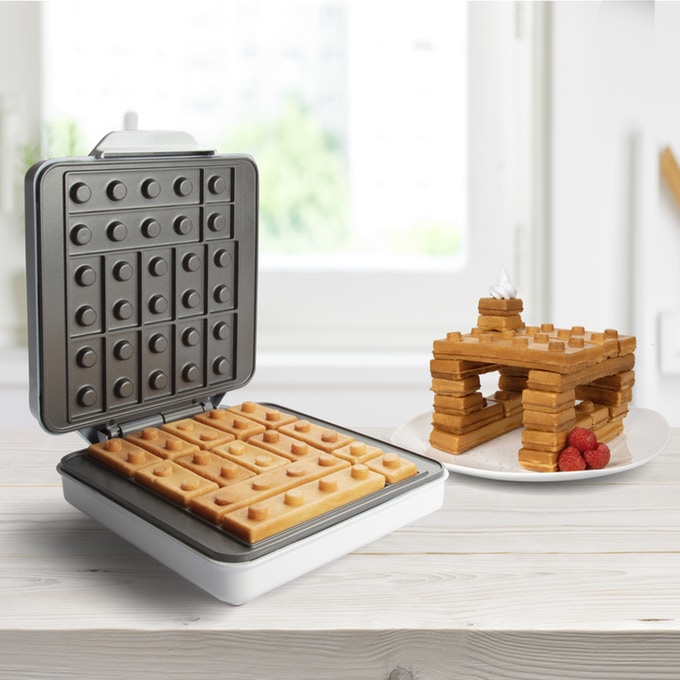 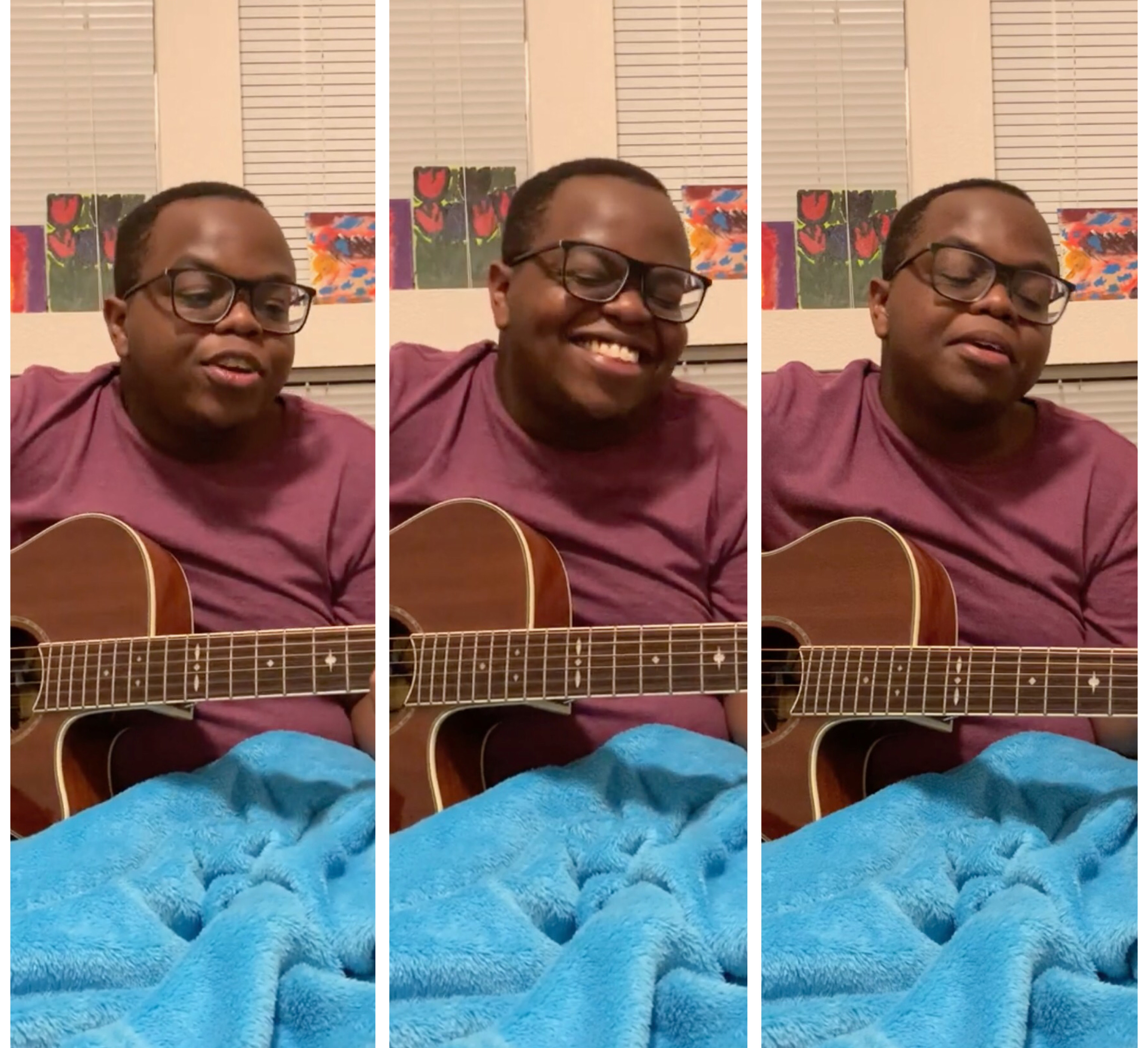