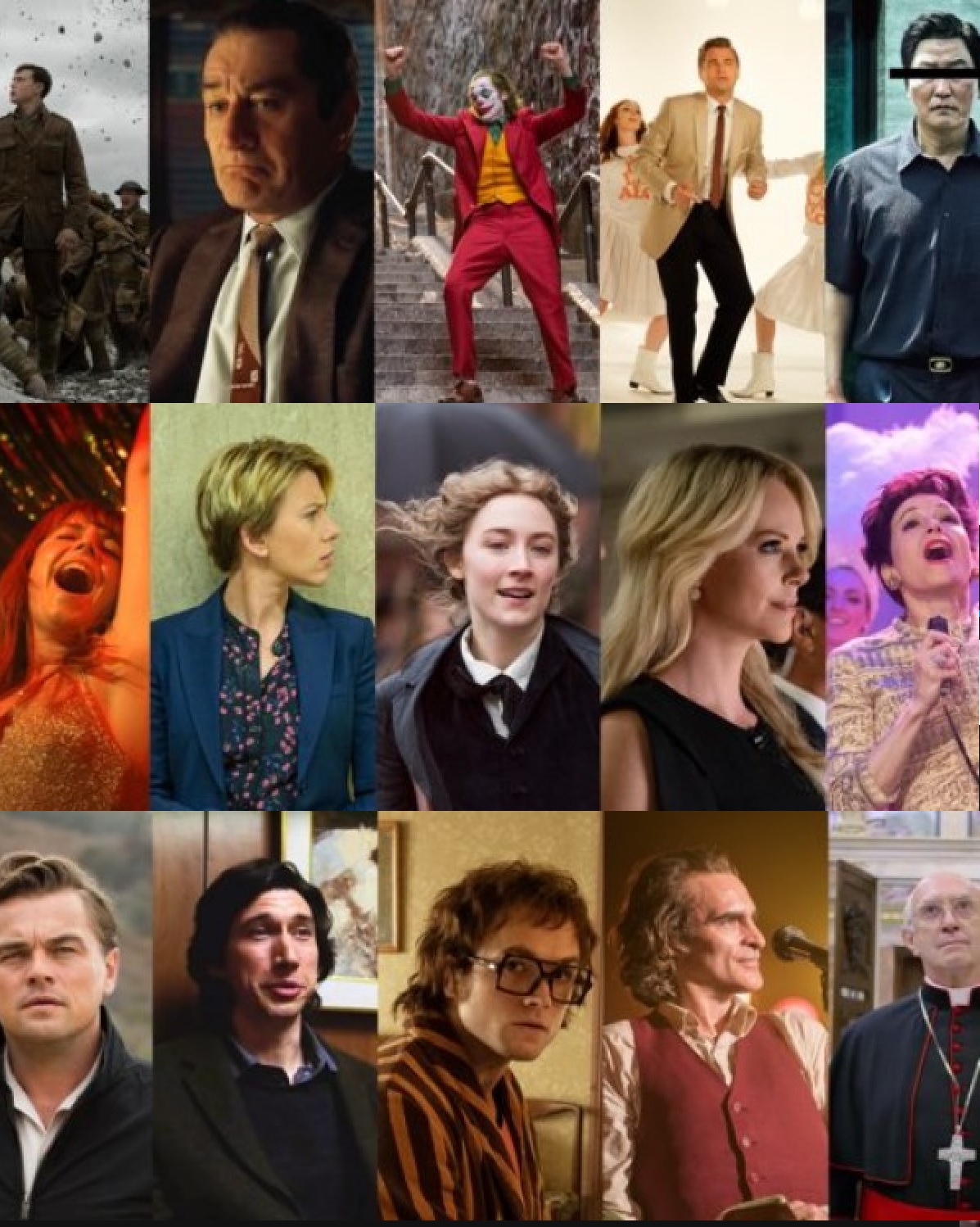 “Joker” is the one to watch at the upcoming BAFTAs, but if you’re looking for diversity and female directors, sadly you’ll have to look somewhere else. All the acting nominees are white, and all the directors are male.

Led by a lead actor nomination for Joaquin Phoenix, “Joker” received 11 nominations for Britain’s equivalent to the Oscars, competing with familiar Golden Globe nominees Taron Egerton, “Rocketman,”  Leonardo DiCaprio for “Once Upon a Time … in Hollywood,” Adam Driver for “Marriage Story,” and Jonathan Pryce for “The Two Popes.”

Here are the other notable highlights:

The ceremony will be held on Feb. 2 at the Royal Albert Hall in London.

The Best Golden Globe GIFS That Keep On GIF-ing.

If you’ve never believed that “good things come in small packages” then you’ve never seen Leslie Jordan’s instagram. The 4’11” actor known for his iconic roles in shows like Will & Grace and American Horror Story has recently developed a whole new fanbase who loves him for his viral Instagram videos. Usually starting each video by greeting fans with “Well shit, how y’all doing?”, viewers have grown to anticipate Jordan’s hilarious recounting of stories from his time in show biz or growing up in the south. This week, however, the Tennessee native has shared 3 videos of himself dancing within 5 days and honestly it’s precisely what we all need right now.

The first video was posted on August 12th and shows Jordan taking part of the “Git up and dance challenge” which swept the internet about a year ago. Even though he is a little late, the video is still perfection.

The Git Up on the streets of East Hampton. No shame in my game. 90 degrees and and dancin’ in the streets. @blancobrown

On August 13th, Jordan does a dance to “You Can’t Stop The Beat” from Hairspray a with special guest dance partner Katie Couric!

You can’t stop the beat — you can’t stop our dancin’ feet —when me and Katie Couric get a chance to meet !!!@katiecouric

Finally, on August 15th, Jordan does an epic “tootsie roll” and challenges Real Housewives Of Beverly Hills star, Lisa Rinna, to do the tootsie roll herself. Of course Rinna commented with a big “ON IT ❤️😂.” Who could say no to the viral star?!?

You’re up @lisarinna. Let me see that tootsee roll. For all the comments on my shorts, I bought them online from @oascompany

The moral of the story here is that the world is going through some tough times right now but maybe, even for a few seconds, we could all feel better if we’d just dance it out. Thanks for the inspo Leslie Jordan!

The world was shocked when the iconic Mr. Peanut was killed during a pre-Super Bowl ad earlier this year. There wasn’t much time to mourn, however, before a new nut was thrust onto us like back-to-school commercials in July. Yes, after the 59-year-old mascot met his untimely death consumers were introduced to his reincarnate, Baby Nut. With big, expressive eyes and a tiny stature fans began to swoon over the cute branding revamp and accepted him as the new mascot. Well as if 2020 hasn’t been crazy enough, Planters just released a new commercial celebrating Baby Nut’s 21st birthday and I’m not sure how to feel about it.

I’m officially 21, my friends! Before you ask, yes, I was just a baby. What can I say? It’s been a nutty year. Now someone get this peanut a beer! #MakeMyBirthdayNuts pic.twitter.com/P1UfBIi4N8

According to a quick Google search, a peanut plant takes 4-5 months to reach maturity. So with Baby Nut being born in February, he is technically right on track in his growth cycle. The OG Mr. Peanut was the reigning mascot for 59 years so does that mean he was actually over 3,000 peanut-years old? The accelerated aging is not explained in the new ad with Baby Nut (Young Adult Nut?) simply saying “it’s been a weird year.” Reactions on Twitter are largely negative but as always, hilarious. Here are some of the best:

Yikes. Good thing Baby Nut is old enough to drink now…looks like he might need to throw back a few to handle some of these reactions.

The Last Blockbuster Store In Existence Is Now Listed On AirBNB

Remember how exciting it was to take a trip to Blockbuster back in the 90’s? You’d try to get there early enough to rent one of the latest “new releases” before everyone else in the neighborhood got to them. You’d beg your parents for some popcorn and candy which were conveniently placed on the checkout line. And if it was a whole family outing, you’d wander off to look at all the films and games that you were never going to rent but found comfort in knowing you could rent someday. Gosh, it felt like you could spend days inside one of those movie meccas. Well good news, now you can because the last Blockbuster in existence is now listed on AirBNB!

The retailer, located in Bend, Oregon is offering up three one-night stays for up to four guests for folks who want an “end of summer sleepover.” The store has added an adorable living room set up which includes a pull out sofa and a big screen tv so guests can binge all their favorite films. Oh and there’s snacks! Along with providing ideas for a perfect 90’s night the ad also suggests that you should “help yourself to some NERDS, Raisinets and popcorn (heavy on the butter), but make sure you save room for a couple slices.”

There is a catch to the whole experience though, the listing is only available to Deschutes County residents. Is it too late to move!?! Manager Sandi Harding explained that the publicity stunt is a response to the newfound economic uncertainty due to the pandemic. “Not much has changed at our store – not even our prices – and that’s just how we like it! We think of ourselves as a family, and that includes everyone from the global travelers who come to visit, to the lifelong friends and couples who first met as Blockbuster employees. The Covid-19 pandemic has been a test of our community unlike any other, so we decided to list this stay to keep this tradition alive during these uncertain times.”

Such a clever way to keep this iconic 90’s treasure trove alive! To check out the AirBNB listing, click here!