A beautiful moment of music that’s worth watching…

At Kristin Chenowith’s concert at the Hollywood Bowl, a random audience member was invited to join her for a performance of “For Good” from Wicked. They hit the jackpot. She was a vocal teacher, and the duet was breathtaking. The video may not look beautiful, but the performance sure is.

Her name is Sarah Horn, and she describes what happened:

“Toward the end of the second half of the performance, Kristin wanders on to the pasarel. She held a mic up to a lady in front of me and asked if she knew the song “For Good.” Nope. I took the chance, as I was directly behind Kristin, to stand up and wave and say, “I know the song! … This is not like me – to jump up and wave my arms like a crazy person and raise my voice at a celebrity. As soon as she turned to look at me, I say right back down… and calmly said, “Hiiiii.” …After this, she moved down the line and asked a guy if he knew the song and bantered with him for a few seconds. Afterwards, she said something about going back to pick me because I was a girl. Then, she invited me up on stage.

I sat there for a moment, stunned. Then the backup singer motioned for me to get up. I shot up out of my chair as my heart leaped up past my throat and started beating in my ears. I don’t really remember what happened between the box and when I first set foot onstage except that there was now a microphone in my hand.”

There are two videos below… one is a better angle (That one is first)… but in case you don’t believe it was a random setup, you can see her being brought up on the stage and having a quick chat in the video below that.

Natiurally, they met and took a photo backstage afterwards…

and naturally, ,this beautiful moment has gone viral. Thank you, internet!

“After the concert, I was swarmed with people who wanted my business card, wanted to take pictures with me, wanted to know if I was an audience plant because it was just too perfect. People came up to me telling me I’d given them goosebumps, made them cry.

Paul Geller, Production Director at both the Hollywood Bowl and the Walt Disney Concert Hall pulled me aside afterward. He said that the production staff is very picky about the quality of performers that they allow on their stage and that what was produced in that song was better than anything they could have planned. He took down my contact information because at some point during the last three songs, he got a phone call from the LA Times wanting to know if I was an audience plant and asked my permission to pass on my contact information for them to speak to me directly, if needed…

…and now my face hurts from smiling but I can’t stop. The experience was so surreal. I know I will wake up thinking it was all a dream but then I’ll see the pictures and the video and realize that it was really real.

On the walk to our car, my father reminded me that he had prayed 11 years ago that I would one day sing with Kristin Chenoweth. I smiled an even larger smile, grasped his arm, and asked him to keep praying impossible prayers because they just might come true.”

Read more about In Her Own Words: Sarah Horn Shares Inspirational Story of Singing with Kristin Chenoweth at the Hollywood Bowl and Going Viral! by www.broadwayworld.com

HOW’S THIS FOR DISTURBING VIDEO? Sinkhole Swallows Trees Up In Mere Seconds

At a charity performance on Tuesday, Ryan Murphy took to the stage to announce his plans to adapt the Broadway musical for Netflix. Theater lovers everywhere were like:

Back in November a new musical hit Broadway and before you knew it everyone wanted to be back in high school. The Prom follows an Indiana teen who simply wants to bring her girlfriend to her high school prom. Once the PTA catches wind of the news, the openly gay teen is banned from going to dance altogether. A gaggle of Broadway performers with questionable intentions decide to head to Indiana to help the teen get to the prom of her dreams. The musical made history when the cast performed at the Macy’s Thanksgiving Day Parade and featured the parade’s first same-sex kiss ever. The shows jam packed with talent as it is directed and choreographed by Casey Nicholaw and features such stars as Beth Leavel, Brooks Ashmanskas, Christopher Sieber, Caitlin Kinnunen, Angie Schworer, Josh Lamon, Michael Potts and Isabelle McCalla.

On Tuesday, there was a benefit performance at the Longacre Theatre which helped raise money for the Hetrick-Martin Institute, GLAAD and the Trevor Project. Ryan Murphy hosted the special performance and it was there where he made the big announcement. Murphy obtained the rights to turn The Prom into a Netflix film! It’s no surprise that Murphy has chosen to take on this project as he is a huge advocate for LBGT+ community having created such inclusive projects such as Pose, The Normal Heart, and Glee. The audience – filled with celebs such as Sarah Jessica Parker, Glenn Close, Jane Krakowski, Ben Platt, Gus Kenworthy, Sandra Bernhard, Laura Dreyfuss, Janet Mock, Matthew Morrison, Bernadette Peters, Billy Porter, Andrew Rannells, MJ Rodriguez, and Christian Siriano – went wild when they heard the news. Murphy told the overjoyed crowd:

“I know, it’s exciting. I’m really tired of hearing about bad news and Trump. I want to see entertainment that is optimistic and uplifting. I was absolutely blown away by Casey’s work and the incredible cast. I cried at the end from pure joy, which has not happened to me since Patti LuPone was the flower girl at my wedding. I wish this show was around when I was a kid.”

It remains to be seen if any of the Broadway cast will appear in the film but what has been confirmed is the expected release date; September 2020. It’s no coincidence that the release date falls right around the 2020 election as Murphy closed his speech by saying “We want to change hearts, minds and votes.” 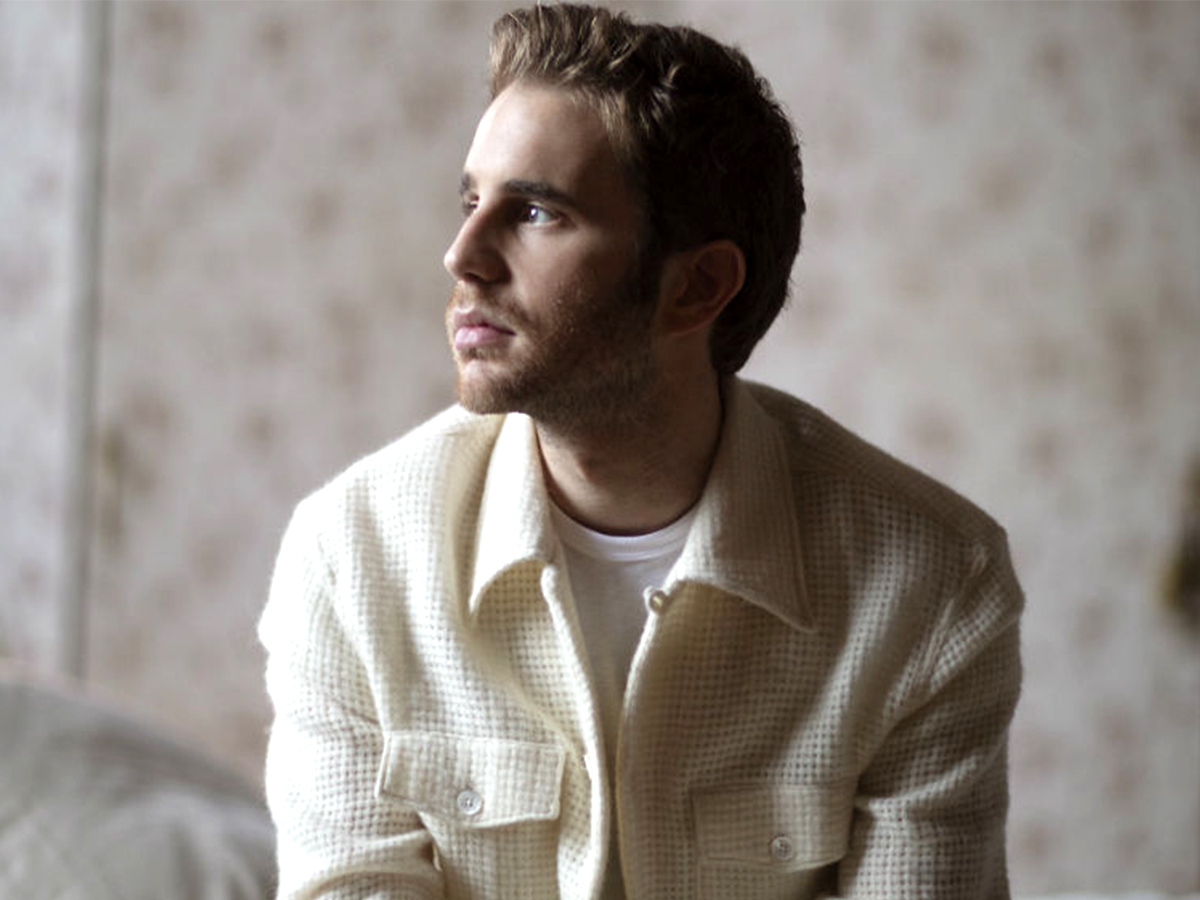 The tears streaming down my face certainly don’t feel temporary! Broadway and film star, Ben Platt, just released a music video for his latest single, “Temporary Love,” and it is the true definition of #feelgoodFriday. Not only is the song a beautiful one, the video has caused several coworkers of mine to ask if I’m alright because I have been staring at my computer teary eyed for what it is certainly too long for any workplace.

“Temporary Love” is the fourth single from the Dear Evan Hansen star’s debut album, Sing To Me Instead. The music video, directed by Nick Lieberman, features various, romantic couples of all ages, races and orientations. The powerful imagery and the song’s message combined with Platt’s velvety smooth voice is enough to tug at anyone’s heart strings.

Sing To Me Instead will be released on March 29th and will feature previous singles “Grow As We Go,” “Bad Habit” and “Ease My Mind.” Click below to watch the beautiful music video!

B’WAY BUZZ: Jeremy Jordan And Laura Osnes Team Up In “The Next Ten Minutes Ago” To Create A Mashup That Will Restore Your Faith In Love

Who could have thought pairing one of Broadway’s hottest heartthrob’s with a literal Princess would create the romantic mashup to end all romantic mashups? I could. It’s really kind of obvious, you guys.

The web series R&H Goes Pop! releases music videos featuring contemporary twists on classic Rodgers & Hammerstein songs. For this installment, Broadway stars Jeremy Jordan and Laura Osnes combined their beautiful talents to perform a mashup of “Ten Minutes Ago” from Rodgers & Hammerstein’s Cinderella and “The Next Ten Minutes” from Jason Robert Brown’s The Last Five Years. Jeremy starred in the film version of the Jason Robert Brown favorite and Laura Osnes was Cinder-freaking-ella on Broadway!

The mashup is beautiful and I suggest you warn your cubicle neighbor…they may hear sniffle halfway through. Click below to hear two of Broadway’s finest!