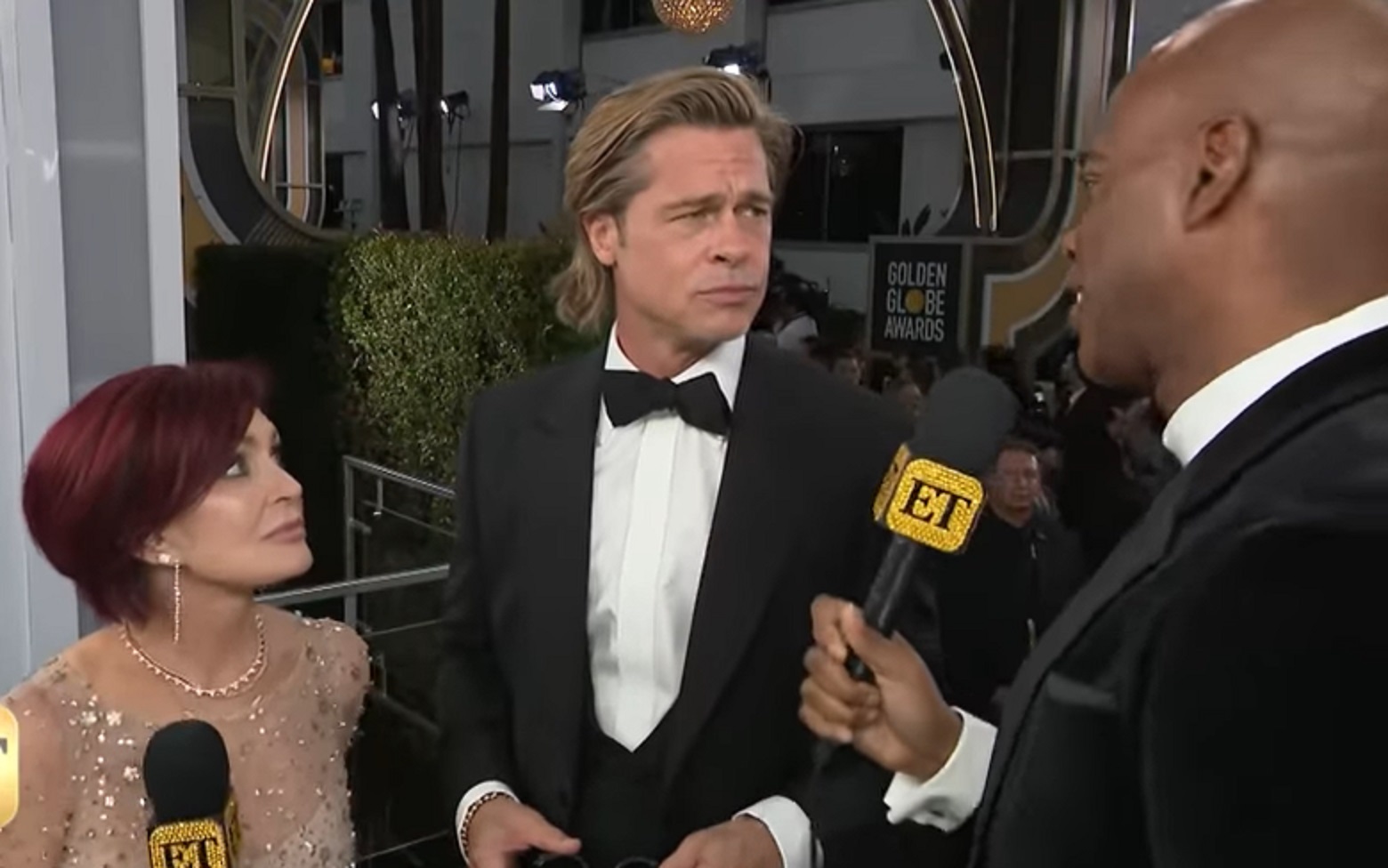 Frazier slid in with the Aniston / Pitt question, got his buzz headline, and moved on.

Here’s the thing – working on a red carpet is HARD. All the entertainment outlets want some JUICY scoop, which means they want their hosts to ask often, icky, tough questions – usually with about 2 minutes or less to do so.

Unlike a long sit-down interview, where you can warm up the guest with pleasantries and ease into what is eventually the ‘headline making’ question, red carpet interviews, if you’re lucky, will run about two minutes or so. (And that’s if you’re with a big network or syndicated show – far less if you’re working the tough section of the red carpet where every other press outlet from newspapers and internet sites camp out.) There you may get one minute.

For Sunday night’s Golden Globes, the ‘big’ entertainment story for entertainment shows was that Brad Pitt and Jennifer Aniston were both there. That’s right, a now divorced couple in the same ROOM! But this isn’t just any divorced couple – this is BRAD and JEN. Once married, the last time both were at the same GG ceremony was back in 2002 when they were still together. And while it’s been established publicly already by Brad’s attendance at Aniston’s 50th birthday party in early 2019 that they are not only civil but friendly, nothing seems to get the entertainment news business more excited than a story about Brad and Jen, even 15 years after their divorce.

While celebrities understand that the shows want a juicy exclusive, they also lean in to publicists who do what they can to nip those kinds of questions in the bud. So a red carpet journalist is tasked with the near impossible: appease your bosses, who want you to ask THAT question, and keep high level publicists (who represent not just your target, but also ten other big stars) happy too.

Enter Entertainment Tonight’s Kevin Frazier, who is by all indications, the most friendly, non threatening guy you could ask to be interviewed by, who along with Sharon Osbourne got Brad up to the microphone.

Frazier’s honest, ‘the obsession… the whole world is waiting’ admission about what people are watching for, is a perfect approach. Literally, the first question, the potentially ickiness, diffused and addressed. Brad’s answer, one of self awareness – he knows that’s the deal, addressed it immediately and succinctly. (It’s also likely he fielded the question earlier with a far more clunky approach from another journalist.

Clean, simple. and also, a headline. Watch Entertainment Tonight and I’m sure you’ll see that in their show open. Up high. You’ll know they got that byte, because it’s exactly what an Executive Producer wants.

Pitt seemed okay with the questioning, willing and comfortable with the chat. Arguably, Sharon Osbourne slammed the brakes on the dialogue with “Excuse me, excuse me, what about me?” as Pitt was answering. (cue the producers screaming at the monitors.)

But that aside, from there Frazier has his byte, and can transition in to the next question you have to ask every nominee and try and find a different way in every time: “what would it mean to win.” Another tough one, because there’s not really an answer, but it has to be asked. That’s why they’re there, and you need to ask because he’s nominated. (In Pitt’s case, the good news is that he won.)

So in a sense, for young, aspiring entertainment journalists, this is sort of a case study in what you’ll face on a red carpet for a big event. It’s not always going to be as fun as it looks when you’re watching it home. Frazier does it authentically, honestly, and briskly. You’re done, you got your headline, and you can move on.

Three Words That Went So Viral That Kylie Wants To Trademark Them – And Why She’s Right To Do It.