🎶Thank you for bobblin’ heads🎶

For a show that ended in 1992 it’s remarkable how often I find myself writing about The Golden Girls. A few weeks ago I excitingly shared the news that tiki-themed shot glasses designed after our favorite Miami vixens were available for sale and just last week I mentioned that the iconic house from the series was on the market for the first time in history. Well, like Sophia and a Sicilian anecdote you can count on me to share The Golden Girls news every chance I get. So today, let’s talk bobbleheads.

Collectibles and costume company Toynk just released a line of 8-inch, hand-painted, officially licensed bobbleheads of our favorite foursome. With realistic designs and attention to detail you can now add an authentic piece of memorabilia to your ever growing collection. Of course the set includes the whole gang so you can bobble with Dorothy Zbornak (Bea Arthur), Blanche Devereaux (Rue McClanahan), Rose Nylund (Betty White), and Sophia Petrillo (Estelle Getty). 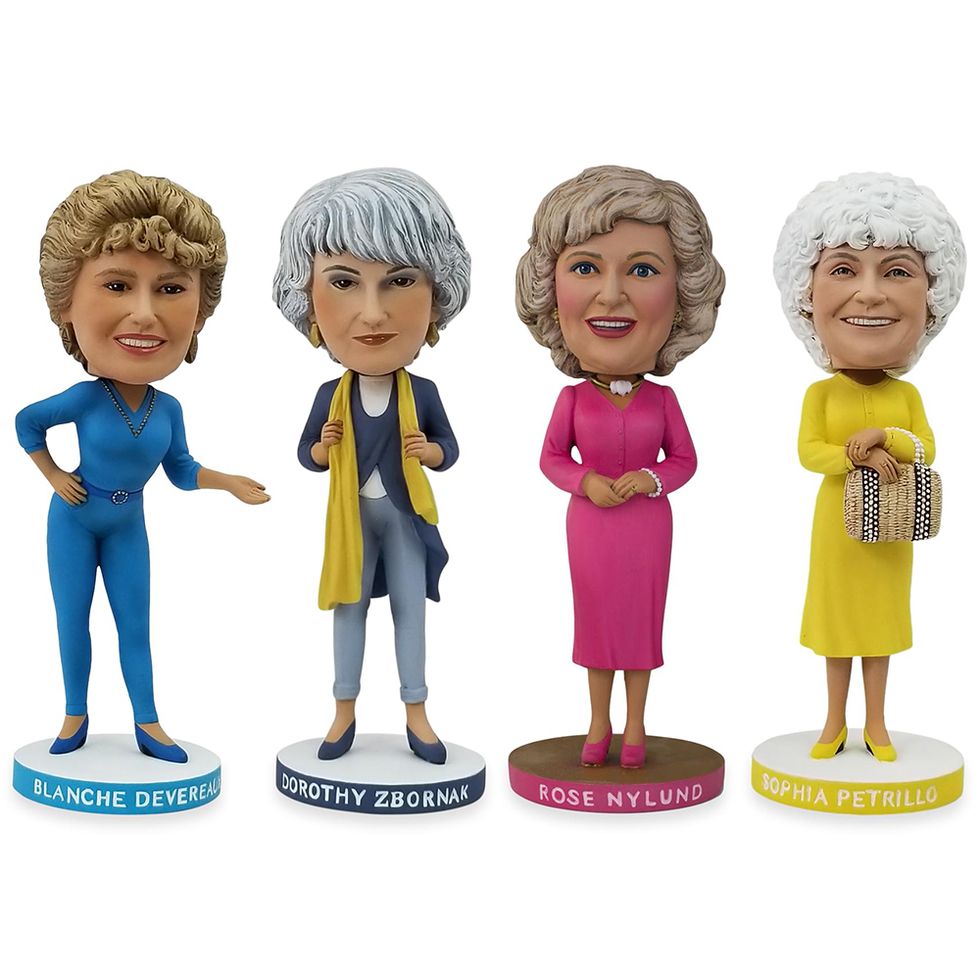 The entire 4-piece bobblehead set is currently available for preorder for $140 as part of a Comic-Con@Home deal, or you can buy them individually for $40 each if there is just one that you have to have. The site does specify that you may have to wait until early fall to receive your bobbleheads but I think we can all agree that this is one of those times were it might just be worth the wait.